Reading more on this subject Jack found more stunning revelations that every Christian must know! He recorded and summed up his findings in his journal as follows:
Where is the Jerusalem Valley Gate? The Valley Gate overlooked the Valley of Hinnom and the Valley of Kidron. Kidron Valley is located along the eastern side of Jerusalem between the Temple Mount and the Mount of Olives. To the South of the city Kidron joins the Valley of Hinnom. The pool of Gihon is located in the Kidron Valley.
What is the spiritual meaning of the Valley Gate? The two valleys represented God’s judgment upon His enemies as well as his mercy.
The Hinnom Valley is noted for God’s judgment and destruction by fire. It was the scene of idolatrous practices in the days of King Ahaz (2 Ch 28:3) and King Manasseh who made his children to pass through the fire in the valley to worship the god Molech ( 2 Kings 23:10). It became a dumping place for destroyed pagan items (2 Ch 29:16, 30:14). After their return from the Babylonian exile, the Jews turned the Hinnom Valley into the city dump where garbage and anything deemed unclean (including the bodies of executed criminals) was incinerated. For that purpose, a fire was kept constantly burning there. Even though it was no longer used for evil worship, with all the filth and thick smoke it remained a very dark and dreary place. For that purpose, a fire was kept constantly burning there. In Matthew 23:33, Jesus observes, "Ye serpents, ye generation of vipers, how can ye escape the damnation of Gehenna?" The Hinnom Valley gave a vivid picture of what Gehenna (hell) would be like.
The Valley Gate, and the Kidron Valleys it overlooks, is associated with God’s Mercy. David first returned the Ark of the Covenant to this Valley. Wherever the Ark rested there was the Mercy Seat. Jesus rode his donkey from the Mount of Olives through the valley to His Triumphal Entry in Jerusalem. On the night of Jesus’ betrayal He left the city of Jerusalem and crossed through the Kidron Valley to the Garden of Gethsemane, to bear our sins and our judgment. Jesus became our Mercy Seat. In I John 2:2 we are told, “And He Himself is the propitiation for our sins, and not for ours only but for also for the whole world.” The word “propitiation” means Mercy Seat Covering. The Mercy Seat is about “intercession.” He passed through the Valley to intercede for the world (including you and me).
Both Arabic and Jewish tradition identifies the valley of Hinnom with the valley of the Kidron. The entire valley, which includes the Kidron, beginning north of Jerusalem and ending in the Dead Sea, is called by the Arabs the Wady-en-Nar, or valley of fire. This tradition is strongly supported by the Old Testament’s references of burning idolatrous images and altars, where the dust and ashes of destroyed idols were cast, and where the uncleanness found in the house of the Lord was cast at Kidron which we would have normally expect of Hinnom Valley (more appropriate for burning such foul things).
Jesus, in going from Jerusalem to Gethsemane with his disciples, must have gone through the Kidron valley, (through Gehenna, the geographical symbol of hell). This assumption is based on the fact that the traditional site of the eating of the Last Supper was in the south-western part of the city. It seems reasonable to believe that Jesus and disciples would have avoided the city route, and thereby walked through the Kidron valley. The Hebrew word Kidron means dark, black, dusky, as described by Psalmist (Psa. 23:4):
"Yea, though I walk through the valley of the shadow of death, I will fear no evil: for thou art with me."
Indeed at Gethsemane and later on the cross, Jesus passed through darkness and death and carried us through our Valley Gate. Our rubbish was burned and we are filled with His living water instead, as He declared to the Samaritans woman at the well,
“But the water that I shall give him will become in him a fountain of water springing up into everlasting life.” (John 4:14)
AAA Jack
21-Aug-09
at August 21, 2009

Yet now be strong, alert, and courageous. In this place will I give peace and prosperity

This came to the watchman today as the Bible opens and continues to reveal the truth that sets free the current captive. The requirement is ... 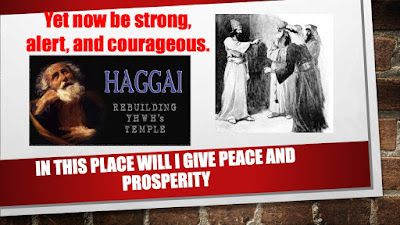 One human's Journey in The Holy Spirit

For the Kingdom of God is not just a lot of talk; it is living by God's power.

Uncover the reality of spiritual realm and kingdom living on earth, power to live free!